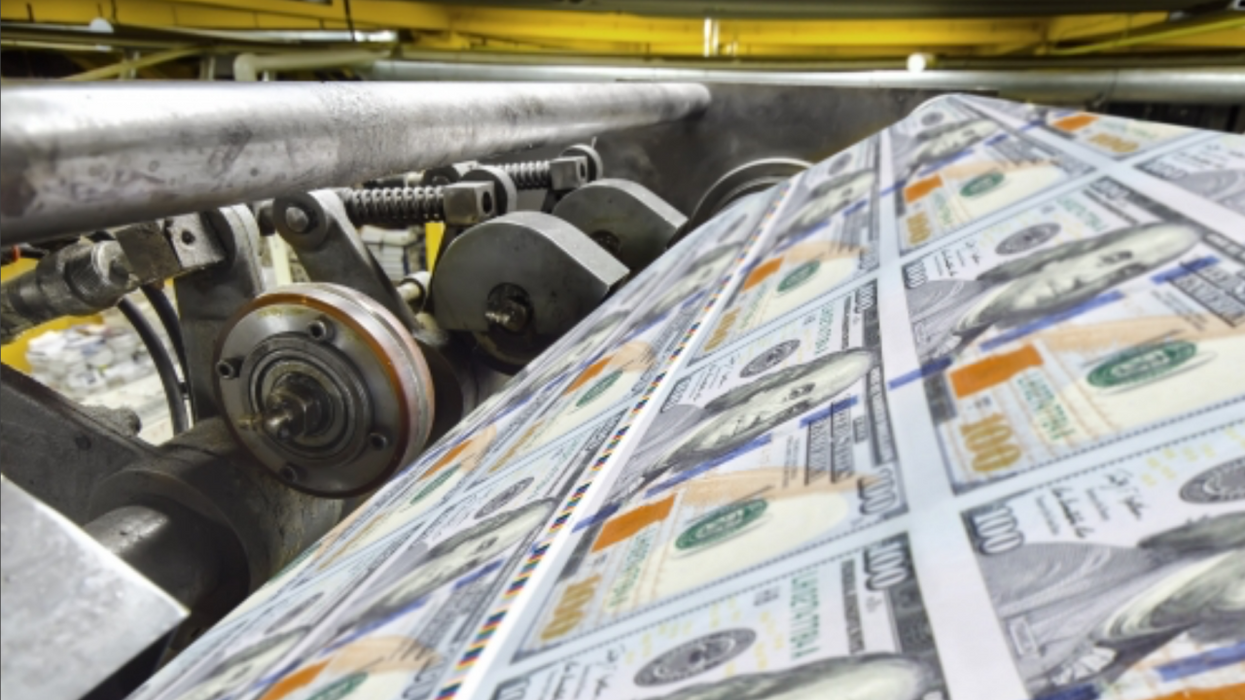 One of the cruel realities of the COVID-19 emergency spending measures so far by the Federal Reserve is that over 90% of Fed-launched stimulus programs (totaling well over $4 Trillion in asset purchases and loans, YTD) went directly into the hands of the mega-rich. 82% of CARES PPP loans went to business owners who averaged over $1 Million per year in personal income, and over 95% of Federal Reserve loans went to businesses with more than 500 employees, rather than true small mom & pop businesses.

What the Fed discovered was that the mechanisms it has in place to provide economic stimulus and rescue were inherently limited and targeted to the wealthiest corporations - those that issue stock, issue corporate bonds or debt, and those who already bank at Federal Reserve member banks. The fed launched stimulus-buying programs, but in order to have your company's stocks or bonds rescued by The Fed, you had to have publicly issued debt (Bonds) for the Fed to purchase, or you already had to have stock being traded on one of the various publicly traded US stock exchanges (NASDAQ, NYSE or Chicago Mercantile Exchange). Starting in March, and with 10% cash-backing from the US Government as part of the CARES Act, The Federal Reserve Bank issues trillions of new funds into financial markets, buying stocks (via ETFs) and Bonds directly, to the tune of nearly $4 Trillion.

So, by default, companies that were already large enough to be listed on those types of exchanges got a Fed rescue, whereas smaller businesses, like local restaurants, salons, print shops, dress-makers, etc, those that don't issue stocks or bonds, couldn't be rescued by The Fed. Of the 45 Million jobs lost from March to June, 2020, nearly 90% of those occurred at businesses that employed fewer than 500 employees.

What is new in the plan is language that would provide every American a "free" Bank Account at a Federal Reserve Charter-Member bank. The plan is that the US Federal Reserve would work with the IRS to identify, by Taxpayer ID or Social Security number, all Americans who had filed a tax return in the past 3 years, and automatically set up a Federal Reserve Bank account for each of them. This would give The Fed a way to get cash payments directly to each US Taxpayer (or Tax Filer), so the Fed can simply automatically deposit new funds directly into each person's account. https://www.marketwatch.com/story/fed-accounts-for-all-with-automatic-and-recurring-payments-triggered-by-economic-crises-2020-07-21

Note this would effectively short-circuit smaller local or regional Banks, Credit Unions, online Banks (eTrade, Ally, etc). Small business owners who had filed Taxes as a Company would also have a Small Business Administration account set up for their business at a Fed Charter bank.

Fed Charter Banks are the megabanks, like Chase Bank, Bank of America, and Wells Fargo.

And poof, just like that, we're 1 step closer to so-called Modern Monetary Theory, also known as Chartalism, where the Government can effectively print money at will (in this case "digitally" print money) and distribute it to citizens and small businesses as they see fit. It's worth noting, the one nuance here, is that The Fed is technically NOT issuing Sovereign Currency.

Remember that The US Federal Reserve is a PRIVATELY-owned banking cartel.

Modern Monetary Theory holds that a Government can never effectively go bankrupt because it can always issue new currency to cover any obligations. However, under the Federal Reserve System, adopted by the US Government in 1914, Congress turned over the right to issue legally recognized "fiat" currency in the US to a private banking cartel. Federal Reserve Notes are legal tender, but technically they are NOT Sovereign Currency, as only a government can issue that. Under the Federal Reserve system, the government would maintain quasi-control over the Banking Cartel in that the President would have the power to nominate the 12 regional Fed chairs along with the Federal Reserve Chairman, and those nominations would require approval by the US Senate. However, that is where the authority of the US Government ends. The Federal Reserve board of governors determines how much currency to issue, and how to spend it - to whom it goes. Their decisions are independent of any elected government body or officials.

With the Phase IV plan now in front of us, which Trump has indicated he is likely to sign, the provision to automatically set up an individual Bank Account at a Fed member bank indicates Uncle Sam has fully committed itself to MMT and The Fed's monopoly on US Banking, started over 100 years ago, is now nearly complete. They can now issue new currency at will, and decide who would get what funds at their own discretion.