RUSH: Now, this Taliban story. Folks, I'm gonna go out on a limb here. I really think this so-called news about Russia offering to pay the Taliban -- you know, this bounty story out there that Trump says he didn't know anything about. I really think that... There's nothing in the news media that's true anymore. You have to constantly remember this. There's nothing that's true. 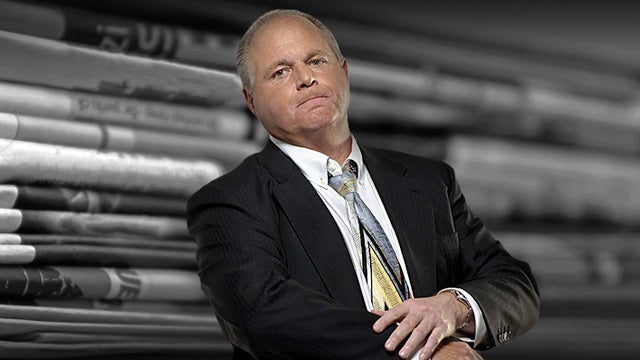 You cannot rely on the first take of anything you see in the Washington Post, New York Times -- thus CNN -- and so I don't. And my suspicion is aroused at every one of these stories that has supposedly bombshell, end-of-the-road news for Trump. So this news about Russia offering to pay the Taliban a bounty, I think it's a leak. I think it comes from Democrat political operatives to hurt Trump.

So if Putin wants to pay a bounty for killing American soldiers and Trump looks the other way, this fits right in with the fact that they will not give up on this meddling and conspiracy story. She was on This Week yesterday, ABC, and said she didn't believe Trump's denial that he was briefed on the plot. Instead, he wasn't briefed. She said she believed that Russia is blackmailing Trump. (impression) "This is as bad as it gets.

"And yet the president will not confront the Russians on this score. Denies being briefed." She added, "With him, all roads lead to Putin." They won't give this up. This the whole thing, this whole bounty story that he says he knew nothing about, I'm sure it's a leak from Democrat operatives -- with the willing participation the Drive-By Media -- to carry forth this coup attempt.

RUSH: No, no, no, folks, it's fake news. This entire Taliban bounty-paying, Trump ignoring it, not knowing about it -- he's a traitor, he's being blackmailed -- is fake news! It's all made up. It's got everything the Democrats need to continue their coup. It's got the Taliban; it's got Russia. It's got the U.K. involved -- which is heavily involved in the effort to get rid of Trump, their intelligence communities were.

It's got the New York Times involved. It's got CNN involved. Those are the two places the primary leaks in the story (the Russian meddling story) went. The U.K. was also deeply involved in the Russian hoax to get rid of Trump. Here's the story from CNN, in case you somehow have missed it. "Russian intelligence officers offered cash rewards to Taliban fighters to kill American and U.K. troops in Afghanistan."

Now, keep in mind something: Only two Americans have been killed in Afghanistan this entire year. Only two! We don't have a massive swath of murder out there taking place of American troops. Two! This is anonymous-source allegations just like all of the other lie stories with Russia meddling in the New York Times for nearly four years.

It probably is a fake intelligence report, just like the golden showers story, all these prostitutes that Trump hired to urinate on a bed because Obama and Michelle (My Belle) Obama had slept on it in Moscow. Now, unlike the Obama Regime, the adults in the Trump administration don't brief the president on unverified intelligence.

But Comey and Brennan and Clapper went into the Oval Office -- or went into Trump Tower on January 6th and told Trump a bunch of BS. They told him about the golden showers story as though it were verified. The Trump intelligence team does not waste his time with unverified stuff. There's no question in my mind that this whole thing is a continuation of the Russian-meddling hoax, and I'll tell you why.

Stop and think. You're a Democrat donor or you're a Democrat consumer of news, and for four years... Let's just say three, for the hell of it. For three years, every news source you trust and every elected Democrat you trust and have given money to -- or have purchased online news subscriptions to, like the Post or the New York Times or CNN -- has lied to you through their teeth. 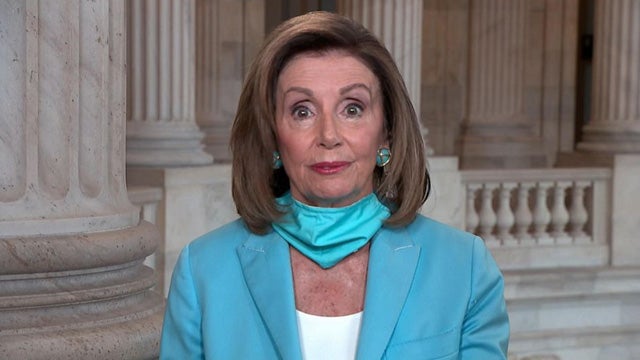 We have fake Avenatti, fake Stormy Daniels, fake Michael Cohen -- all premised on the fact that somebody's got the news, the evidence that Trump cheated, stole the election, worked with Russia. Nobody has it 'cause it didn't happen. Now? Now we have news of the Taliban having a bounty! "Russian intelligence officers offering cash rewards to the Taliban to kill U.S. troops," of which there have been two deaths all year, and now Pelosi has revived -- running around talking about -- the Russian hoax.

He's so depressed, he walking around the White House thinking of resigning because he's got no chance of winning. (Snort!) It's just... It's absurd, folks.