RUSH: The Milwaukee Journal... The Journal Sentinel is the newspaper. They're reporting that the home opener for the Milwaukee Brewers is off because of positive tests for the St. Louis Cardinals, COVID-19. The Cardinals just come in from Minnesota were they were playing "the Twinks," the Twins. By the way, those Twins uniforms are really pretty, those home powder blue things? I have to say. 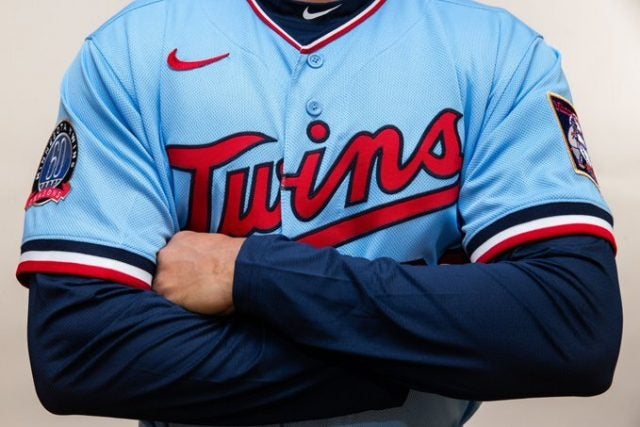 I mean, this is Tom Haudricourt in the Journal saying, "I have confirmation the Brewers home opener is off because of positive tests with the St. Louis Cardinals. The Cardinals just came from Minnesota, so this is bad news for the Twins as well. I'm guessing that there will be no games at Miller park in Milwaukee this weekend. Oh, boy." Seems like a problem going forward out there.

Maybe if everybody wore goggles and masks, then everything would be okay. Dr. Fauci seems to think so. So the Miami Marlins, they're fini. I mean, not officially for the season. But now the Cardinals, probably no games in Milwaukee this weekend. The NBA... Oh, the NBA had their opener, and everybody kneeled. Everybody kneeled for the national anthem, and Charles Barkley was on television defending the people who didn't want to kneel.

Barkley felt the need to defend them lest they be exposed and open for attack.

RUSH: My question is this. Since the NBA players, they're kneeling, maybe baseball players ought to start kneeling. Maybe that's the way to stop the spread of the virus. Maybe the NFL and Major League Baseball should listen to people like Dr. Fauci and the others and start protesting. I mean, from the moment the pregame begins, when the anthem plays, protest it, because they are telling us, you've heard it, they are saying that protesters do not spread the virus. 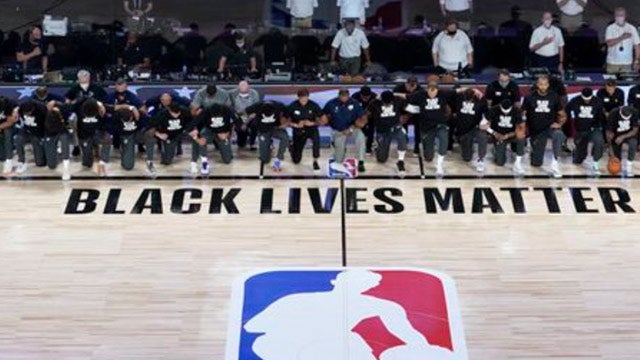 RUSH: Let's do 8 and 9, 'cause I mentioned this as well. Last night, TNT, coverage of the restart of the NBA season. Now, this is before a game between the New Orleans Pelicans and the Utah Jazz. After both teams knelt during the national anthem, the analyst Shaquille O'Neal said...

RUSH: It's a basketball game, for crying out loud! Shaquille O'Neal, doing NBA basketball analysis, talking about the kneeling was beautifully done, done in unity. That's really hard choreography, I bet, training he can't be know everybody to kneel at the same time. A bunch of NBA players. That may be a challenge, but Shaquille O'Neal was very honored and very proud of how well they did.

You say what they agree with? You say what they want to hear? You're fine. Other than that, shut the hell up. And then Shaq said (summarized), "Now we gotta go vote. We gotta continue to fight. We gotta to continue the movement. Proud of everybody." It's a basketball game. Up next, TNT's coverage of the restart of the NBA season before a game between the New Orleans Pelicans and the Utah Jazz.

After both teams knelt during the anthem -- and after Shaquille O'Neal praised the choreography and then urged everybody to go vote -- Charles Barkley...

BARKLEY: My thing is, listen. The national anthem means different things to different people. I'm glad these guys are all unified. But if people... If people don't kneel, they're not a bad person. I want to make that perfectly clear. I'm glad they had unity, but if we have a guy who doesn't want to kneel 'cause the anthem means something to him, he should not be vilified.

RUSH: Whoaaaa! Whoa! Whoa! What? What's happening here? This, ladies and gentlemen, is how screwed up we are. The people who stand for the anthem need to be defended. The people who kneel during the anthem are praised as great and committed to the cause, and getting ready to go and vote out there, and participating in great choreography -- beautifully done, done in unity, nice to see all the kneeling.

But Chuck Barkley had to weigh in. (summarized) "Hey, there's some guys that don't want to kneel, and we can't vilify these guys. Just because you don't want to kneel doesn't mean that you are a bad person." He said, "I want to make that perfectly clear. I'm glad they had unity, but if we have a guy who doesn't want to kneel 'cause the anthem means some to him, he should not be."

Do you believe this?

Well, we have to 'cause we saw it and we heard it.